React was first created by Jordan Walke, a software engineer working for Facebook. React first deployed on Facebook’s newsfeed in 2011 and on Instagram.com in 2012.

JSX: JavaScript extension, JSX is not valid JavaScript that browsers can read. It’s a
JavaScript file that contains JSX code, very similar to HTML and the file has to have complied before it reaches web browser, with JSX compiler that translates the JSX into
JavaScript.

In React, a set of immutable values are passed to the components renderer as properties in its HTML tags. The component cannot directly modify any properties but can pass a call back function with the help of which we can do modifications. This complete process is known as “properties flow down; actions flow up”.

Virtual DOM is a node tree listing of components, which is a lightweight in-memory representation of real DOM.

Virtual DOM is very easy to understand if you take an example of a lift which has a mirror inside it. Suppose, 4 people, enter into the lift. Now, the mirror will reflect its appearance with 4 people. Again people entering into the lift will reflect the object of the mirror. And the same effect happens when people exit from the lift, the mirror object gets changes (increase, decrease, or even empty). So, in reality, the mirror has no real object, but it only reflects its presence with an outer object. 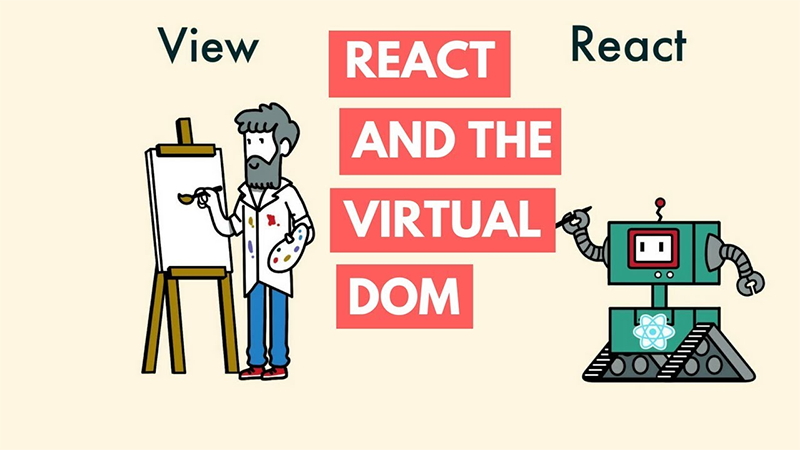 Virtual DOM is similar in concept. It has no real DOM. It is just a copy of real DOM wrapped in a JavaScript object. Whenever the DOM changes, virtual DOM also changes.

By using the concept of these hooks we don’t need to manipulate the functional component to class component, Because hooks will not work in classes. Hooks not allowed to use lifecycle methods like componentDidMount, componentDidUpdate, and componentWillUnmount why because we have built-in hooks like useEffect.

Hooks are nothing but javaScript functions. By using the concept of these hooks we have one exception that is we don’t use Hooks in conditions or functions.

CONVERSION OF A FUNCTION TO THE CLASS

In react, developers can utilize the existing code at any time. For suppose if we change any existing component it is not affected by any other component because components are not the same.

Developers can easily update by the use of virtual DOM when the user performs any changes without affecting any other part of the application.

If a developer changes any parent component of the reactJS application then the child component will not be affected. React ensures that the code remains stable.