SwiftUI is a new framework that allows you to design and develop user interfaces declaratively and with less code. Unlike UIKit, which is commonly used in conjunction with storyboards, SwiftUI is completely software-based. However, SwiftUI syntax is very easy to understand.

SwiftUI is a different way to set Auto Layout-like constraints, it’s not a separate tool or a separate technology, but it’s a fresh and new concept. 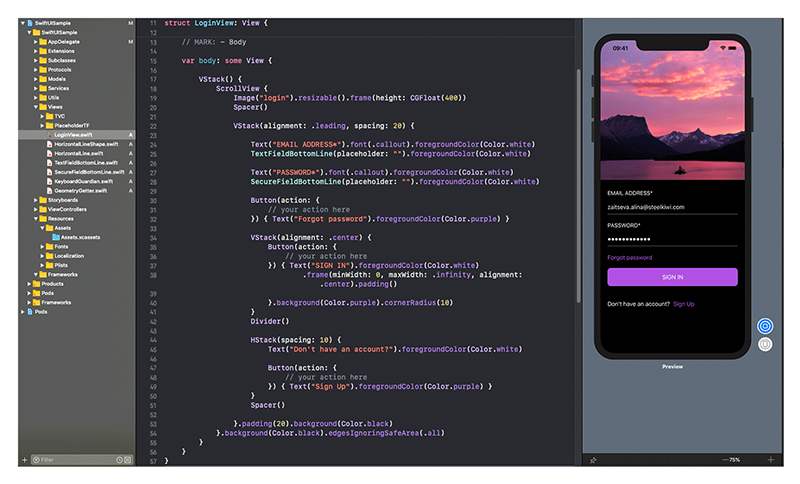